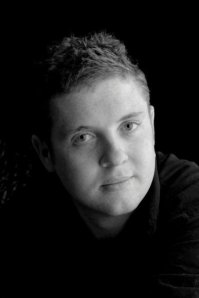 Luke Berman is a local Wollongong theatre actor who has high hopes and aspirations to become professional and has kept himself greatly busy, doing as much work as possible in the theatre for nearly ten years. He loves dark, gritty and adult plays mostly, having played two rapists and a rape victim during his career, which includes over 70 productions. This year, he has started his own theatre company named Blackbox, after many years of critically praised acting and directorial efforts in many theatres. Blackbox aims to bridge local communities with professional productions in Sydney.

Berman, moved from Mt Druit to Wollongong in Kindergarten, which is when he told his mother that he wanted to be an actor. He was then put in Helen O’Grady’s Drama Academy, which had a weekly class that he attended throughout all of primary school. He made it into Wollongong High School of the Performing Arts. He continued to have many outside acting classes during his high school years at areas such as the Illawarra Performing Arts Centre (IPAC). Notable roles he played in school plays were ‘Othello’, in which he played an all-white version of the title role and received top marks for; and Stanley Kowalksi in ‘Streetcar Named Desire’. Berman often received antagonistic roles.

During high school, Berman got his first agent who found him work as an extra on popular television programs such as ‘Home & Away’ and ‘White Collar Blue’. He then went to the University of Wollongong to do a creative arts degree. “University was three years of pain, tears, joy and theatre” recalls Berman. After graduating in 2003, Berman then took a year off-stage and only performed in some short films.

It was 2005 that he was introduced to the Illawarra’s oldest community theatre – Wollongong Workshop Theatre (WWT), doing lighting operation for ‘The Jocasta Complexity’. He was then cast in WWT’s popular production of ‘The Boys’ as Stevie (one of the three leads) – a very heavy play. He then became a committee member of the theatre until last year. “I began a strong passion with Workshop Theatre. I began seeing loving, caring, professional people and made special bonds”. He was involved with WWT from 2005 – 2011, being involved in the majority of their productions, missing only a few of them during this time – notable since WWT puts on an average of ten plays a year.

He began directing short plays in 2006, with ‘Workshorts’, WWT’s short-play night of the year. The first full play he directed was ‘Glengarry Glenn Ross’ in early 2007 – which starred Des Mangan. Berman has also produced the improv-comedy competition of the Illawarra ‘Playmates’ every year since its premiere in 2006, which was big year for him. He has directed in the popular short play festival ‘Short + Sweet’ every year since 2008.

He has also performed in Bondi Pavillion, Manli Theatre Company, Narrimba College and his hometown of Blacktown. In 2009, he directed the phenomenal success ‘Proof’ at WWT. In 2010, he was cast in his favourite performance to date: as Martini in WWT’s ‘One Flew Over The Cuckoo’s Nest’. He based some of his character (a man suffering from huge hallucinations) on a homeless man he once encountered at a train station. He also went quite method into the role. Berman recalls one performance of the play where he was so in tune with his character, after consuming a lot of M&M’s (which were props for pills), he noticed a cockroach on the wall crawling toward him. “I thought to myself that thing better not come closer to me, because if it does I’m going to eat it. I could feel my mouth watering and my hand wanting to reach toward it”. Luckily, this was avoided.

In 2011, he directed WWT’s first musical in 30 years ‘Migratory V’. In 2012, he started Blackbox Theatre Company aiming to improve upon the link between the community and professional theatres. He started producing ‘Playmates’ through it this year. He currently works for Mindblank – a mental health advocacy group which tours a show targeting high school students. This year, he started running ‘Short + Sweet’, a very intense job.